The Fight Me series 1 and 2 represents the complexities of connection and attachment, and the interpersonal and historical attachment present in this broader critique of cultural connection. This project charts postcolonial guilt, the frustration that accompanies that guilt, and a dog-headed effort to be at home.

Fight Me 1 2017 took place as a live performance in Castlemaine in 2017. The original footage shows the artists putting on two handmade kangaroo heads and undertaking a mock fight.

Fight Me 2, features 19 sequential stills from the original footage that were recreated using hand-cut wooden figures that were installed sequentially. The still were installed sequentially in their own box/ stage. Behind each scene a painted lens flare   alludes to personal nostalgia and specifically the feelings of connection and belonging that this nostalgia can evoke.The lens flare used in this work is drawn from a previous work ‘Adventure in Permutation’. 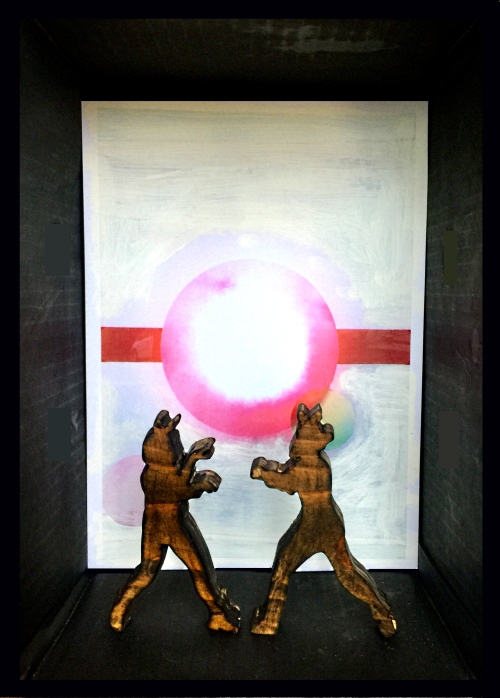 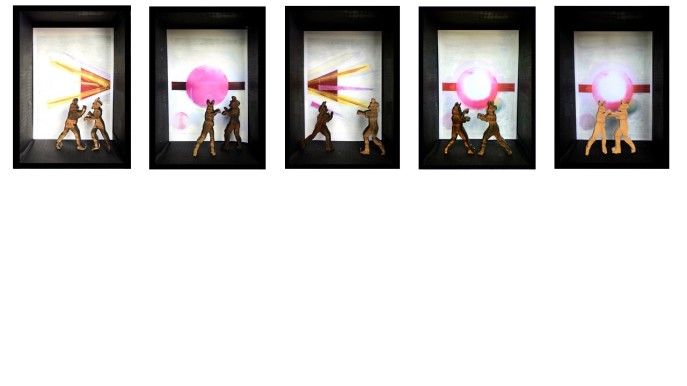